click on a image to see a fullscreen slider. To learn more about Dryads and Fauns series click here. 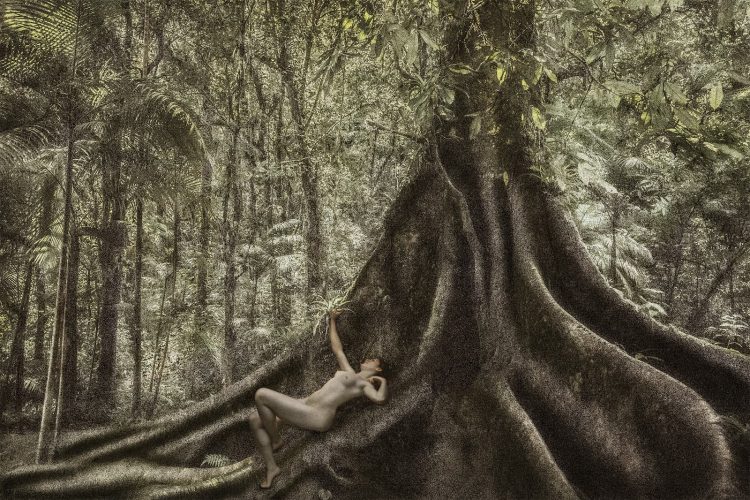 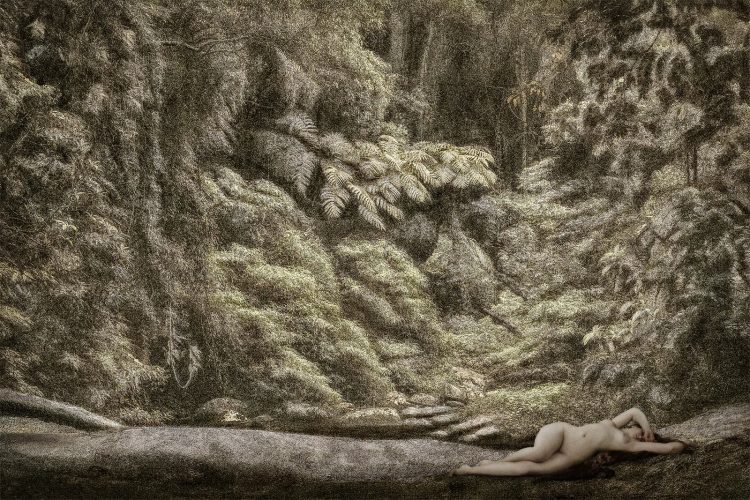 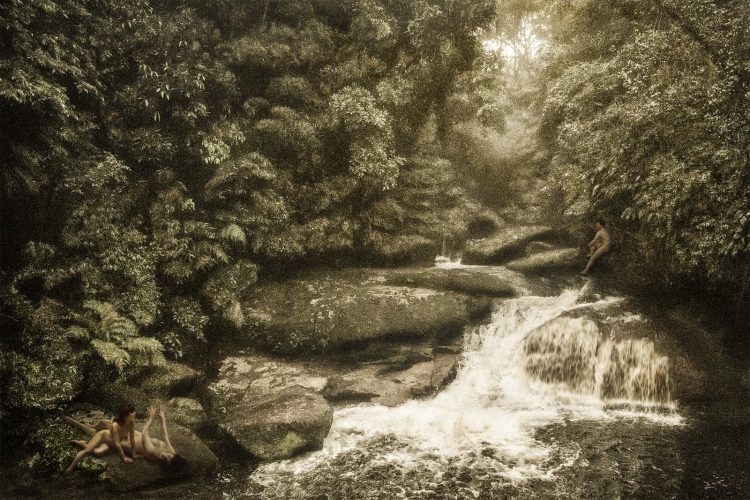 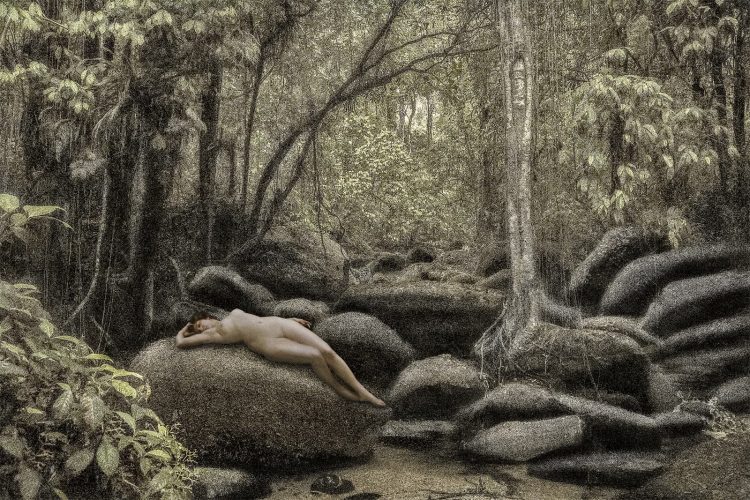 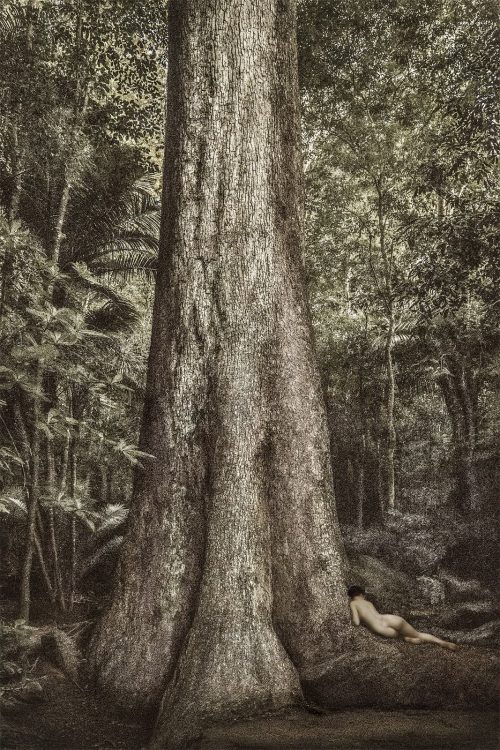 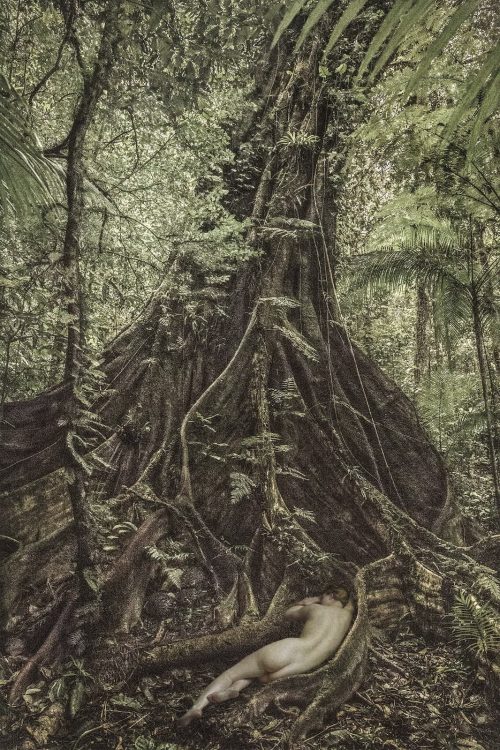 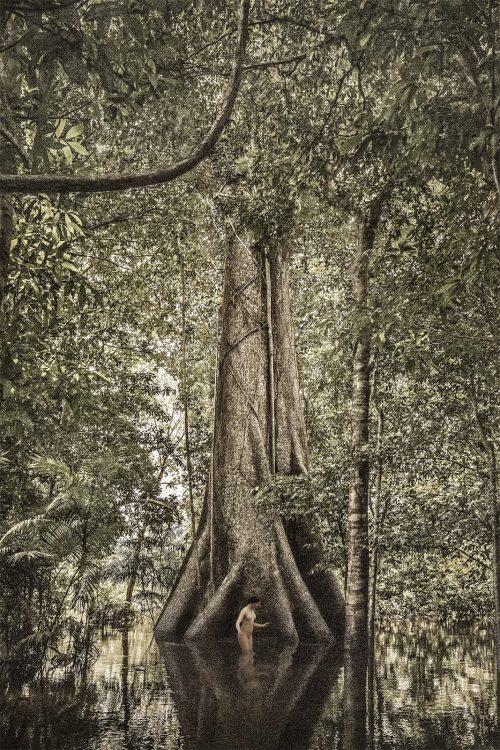 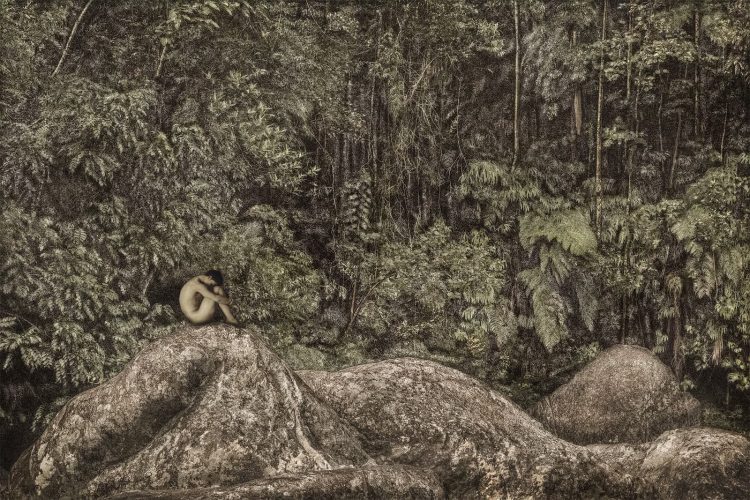 About Dryads and Fauns

Dryads and Fauns (2019-2020), is both the title of the exhibition and that of the series, which the artist derived from research he began undertaking in 2015 for the project Viagem pitoresca pelo Brasil (2015-present). The research is based on a series of artistic and scientific expeditions that took place in Brazil during the nineteenth-century. These ventures brought together artists and scientists with a variety of specialties, to wander through and take in the country’s still then very much unknown territories, in order to explore, record and map them.

Interestingly, the 1825 Langsdorff expedition included in its committee, the Botanist Ludwig Riedel who also happens to have been Vasconcellos’ great-great-grandfather. One can therefore trace the fascination for the mystery of nature back several generations. The family history may have therefore triggered the photographer to become intrigued by the possible impressions and awes that the scientists and artists of the time must have felt before the country’s immensely vast forests. Rather than attempting to create the same type of images produced at that time, the artist seeks a similar effect in his photography by altering the camera’s sensitivity and exposition, as well as editing the images digitally.

Cássio Vasconcellos’ works captures the exuberance of Brazilian forests, especially that of the Atlantic Forest, which spreads across the Brazilian east coast and the southeast region. The exhibition will present landscapes and sceneries from the city of Rio de Janeiro and its surroundings, including that of the Floresta da Tijuca, the Serra dos Órgãos and the Parque Nacional do Itatiaia amongst others. Many of the artist’s trips were done along with his friend and botanist, Ricardo Cardim who in fact, was the one to suggest the term Dryads as the series began to emerge last year.

The title originates from Greek mythology, where Dryadsdesignate divinities that are born with trees, and then live in or around them. The life of both entities is said to be intertwined so that if the tree were to die, so would the Dryad. When looking at Vasconcellos’ landscapes, Cardim discovered the artist had included nude female figures also living in harmony with nature and soon recalled the Greek myth. As he began to include male figures as well, Vasconcellos chose to add another term from the same imaginary lexicon, Fauns.

The human figures that feature in Vasconcellos’ idyllic sceneries were taken from paintings from the nineteenth century created by masters such as Jacques Louis David, William Adolphe Bouguereau and Jean-Baptiste Camille Corot. It is the first time that the photographer has re-appropriated imagery from other artists as a means of creating his own. Through this act, Vasconcellos re-emphasizes the intertwinement between painting and photography: it is not only the photograph that resembles the painting, with its edits, but also the figures taken from the paintings that come to bear resemblance with photographs.

The nudes were selected for their timeless representation of the body, lacking clothes that could indicate a certain time or social class. Vasconcellos seeks to create a space suspended in time where the individuals’ relationship to nature and the search for harmonious equilibrium between both could become the focus point. Though his images evoke romantic atmospheres, they simultaneously and indirectly raise questions about the human ecological footprint, considering the series of natural catastrophes which we are currently facing.